Death at a distance and that dreaded phone call

My stomach knots with anxiety when I receive a phone call from home, Kenya. Don’t get me wrong, I get many happy calls from family and friends, but the possibility of receiving that one damned call, about the death or sickness of a loved one, doesn’t elude my days. I have dreaded that phone call for so long.

On Wednesday that dread phone call finally came. I had just left work and was on the bus heading for language school when my phone rang.

It was my mother calling. It was a beautiful day, my second day at a new job in a Danish college, as a teacher. I was excited to share the details of the day with my mother. However, something in her voice sent dark trepidation crossing through my mind. With trembling hands, I hang up the phone. I would call her back in a minute. I was shaking with dread. Not ready to hear the news.  I was not psychologically prepared to receive any bad news. But I had to call her back.

“I have bad news for you, Judy. Your dear cousin Ngima (Susan) is dead. She died today morning in a grisly road accident…”

The rest of her words were a blur. My mind spaced out.

“Hello, are you there?” I was there, but I couldn’t speak.

The shock gripped my core. My mother disconnected the call. I tried to control the flood of emotions. I was on a public bus, surrounded by strangers. We don’t break down in public here. It is an unusual sight to see a person bawl out in an open space. I wanted to tame the tears. Hold them back until I was in a more private place. But they burned my eyes. I remembered speaking to my cousin the night before. She was missing my son and me and wanted to know when we would be coming to visit our family in Kenya again. I told her soon, as soon as in 3 weeks. She was excited,  so was I. Having spent the better part of childhood, youth and adulthood together. We were not just 1st cousins; but also blood sisters.

I spent the next hours in a daze, surfing the internet for news about the accident. I found information posted in real-time; there was a video of the car crash. Mangled up. I pictured my cousin, she was heading to Kerugoya for business and was looking forward to picking her children from school in two days. They were coming home for their Christmas holidays. The abruptness of her death caused more pain than we could fathom. Some Kenyan newspapers got their information wrong. While some reported that she was one of the female passengers that had been rushed to hospital with serious injuries, but died while receiving treatment, others wrote it was a male passenger. The anonymity of her death angered me even more.

My heart broke. There was no holding back the tears. I let it all out in a public space, choked by the emotions of standing alone in a crowd. Death at a distance had found me and struck me. The art of crying in Denmark is very different from that which I am used to in Kenya. I live in a society that is accustomed to demure crying whereas some may perceive this as the coldness of Danes, to them (Danes) crying is at their core of privacy, a primary value in Danish etiquette. Danes have a way of taming their emotions in public spaces. Showing such an outburst of emotions in public is a rarity. My crying was neither silent, from the corner of my eyes (angelic) nor dignified. It was disarming, raw, and loud.

Here I was, hyperventilating and choking from my grief, bearing all my vulnerability in a public bus. Not sure where to go or how to stop the tears. Half grateful that the news hit me when I was already out of the staffroom. I knew that blubbering my emotions at work, in my first week, in front of predominately Danish colleagues, would not only have been outright awkward. There was no moment to summon my inner strength and suppress the burning emotions. There was no in-between. The hurtful lump in my throat burst out and forth came a flood of gushing hot tears. I later walked down the streets, confused, in a hysterical crying fit, until my husband came to my rescue. I collapsed into his arms, the sheer weight of my grief too strong to tame. He felt helpless.

Dealing with the death of a loved one while living abroad carries a whirlwind of emotions. I have spent the last two weeks scavenging the internet for information and calling relatives to piece together information about her final moments. It has been my way of dealing with the pain, shock and anger.

Being an immigrant calls for lots of sacrifices, many of which mean being absent during crucial family events, such as births, your parents growing old, weddings, circumcisions, death and funerals. I know one too many people who have lost parents and siblings but have not had a chance to travel back to Kenya for the funeral. In some instances, they have had to be ‘present’ for the burial through Skype. I never thought this would happen to me, but it has. The first reaction that came to my mind when I received news of my cousin’s death was to drop everything and run home to my family.

However, the reality of my life in Denmark forces me to be practical and think soberly through my grief. I have to be honest and accept that I cannot buy that ticket home in the blink of an eye. I have a toddler, a new job, and a plane ticket purchased for travelling to Kenya at a later date. Being with my family in Kenya would be ideal at the moment, but it is not practical. I would love to be there, to accept the reality of my cousin’s death, but I have to make a sacrifice.

Being absent from my Kenyan family is probably a sacrifice that I will have to make many more times during my life abroad. Such is not only my reality but that of almost every other immigrant. Every moment that I am away from my family or friends in Kenya, that dreaded phone call may come. In the meanwhile, I have been bargaining with mortality in the face of my cousin’s sudden death, yet I have to find healthy means of coping with grief and finding closure when death catches up me at a distance. 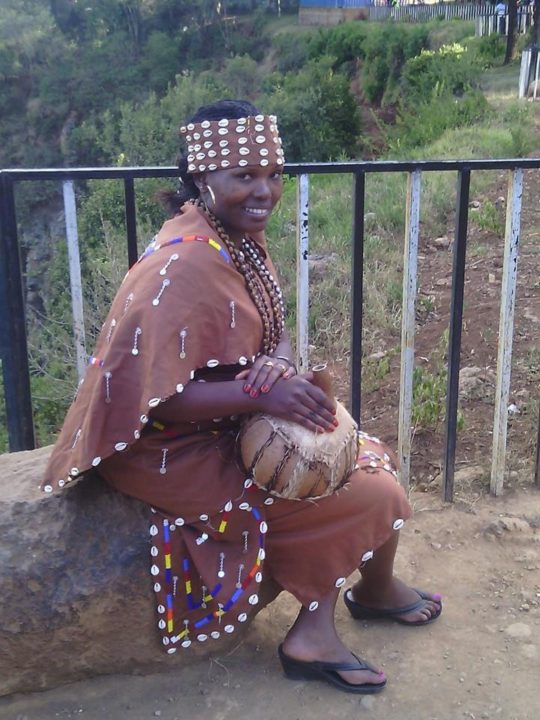 Breastfeeding: my painstaking attempt to keep up

Waiting to Exhale: My childbirth Experience in Kenya

Oh, the folly of prejudice!

Kenyan in Denmark: A humbling and enlightening journey...

Pole sana Wanjiku on the loss of your dear cousin. May she rest in peace.

Sorry about your cousin, I share your grief as am in more or less the same position as you. I've missed out on more than one family occassions, but console myself in the comfort of "c'est la vie"…zats life!

Pole sana, I've been in this situation twice

Our deepest condolences, to you, your family and friends. May your cousin rest in eternal peace.

first pole sana for your loss, i can imagine the pain just recently i lost someone i care about and i just could get stories from people….of even how the burial was..same grisly road accident.pole may she rest.
Second, the piece is really well put together.you write well.

Pole for the loss.. may your cousin rip

Pole sana Wanjiku and May she Rest in Peace. May God grant you strength and peace to overcome the pain.

pole sana……May you find comfort in the lord in this difficult time and may his peace guard your hearts.

My deepest condolences Wanjiku. May your cousin rest in peace.

Memoirs of a Kenyan Mom Abroad

Of Mau Mau Rebellion and my mother´s birthday

Simple but tasty Chicken Soup (made from leftover...

Kenyan Pilau with goat meat – a must...

Tilapia Fish Stew Recipe (among stories of a...

This website uses cookies to improve your experience while you navigate through the website. Out of these, the cookies that are categorized as necessary are stored on your browser as they are essential for the working of basic functionalities of the website. We also use third-party cookies that help us analyze and understand how you use this website. These cookies will be stored in your browser only with your consent. You also have the option to opt-out of these cookies. But opting out of some of these cookies may affect your browsing experience.
Necessary Always Enabled
Necessary cookies are absolutely essential for the website to function properly. This category only includes cookies that ensures basic functionalities and security features of the website. These cookies do not store any personal information.
Non-necessary
Any cookies that may not be particularly necessary for the website to function and is used specifically to collect user personal data via analytics, ads, other embedded contents are termed as non-necessary cookies. It is mandatory to procure user consent prior to running these cookies on your website.
SAVE & ACCEPT